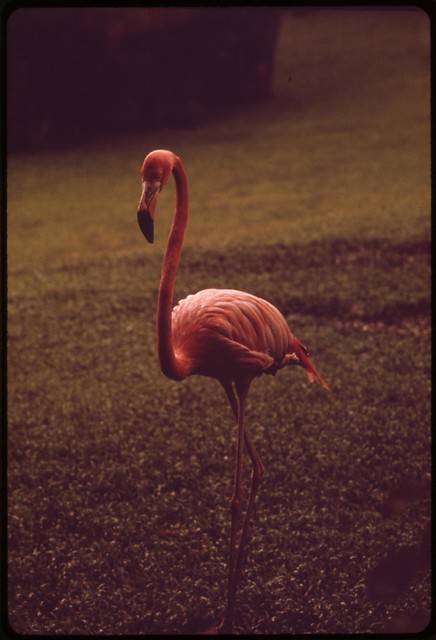 UPDATE (7/10/14, 5:00pm): Several readers have let me know that I over-stepped by wading into this debate as a binary trans person. Thanks for giving me this feedback and for doing it so politely. I apologize and I can see how I distracted from a necessary in-group conversation. If I could do it over, I’d address the topic in a very different way, sticking to my own experiences and making it more clear that it’s up to nonbinary folks to decide this one. My bad. Thanks to everyone who’s shared their thoughts so far.

Topherbigelow makes the case for adding N for nonbinary to the LGBTQ+ acronym:

If the LGBT community would like to stand strong in its support of all sexual and gender “minorities,” we should add an “N” to accommodate our nonbinary members. The constant pissing contests of who’s more trans needs to stop and if there is an entirely separate letter and a new vocabulary, maybe it will.

If you don’t identify with your sex assigned at birth, you are a nonconformer. If you identify with another binary gender, you’re trans. If you don’t, you’re nonbinary. It’s really not hard. Stop fighting each other and start fighting for what we all need.

First, I wholeheartedly agree with the sentiment in that last sentence. “Trans enough” policing is a damaging waste of time. Instead, we should work together to improve conditions for all of us.

I’ve never heard this proposal before, and it really got me thinking. Thanks to topherbigelow for raising this interesting question. I want to make clear that I am not trying to refute anything he said, just to explain my own current thinking on the matter.

At this time, I am not in favor of adding N for nonbinary to the acronym. I am not dead-set against it; as a transsexual man, I will defer to my nonbinary comrades if a consensus emerges in favor of the N. Nonbinary readers are encouraged to weigh-in in the comments. For now, I’d like to share a preliminary assessment of the idea. I lay out my concerns with making the acronym any longer, and then discuss some reasons I think nonbinary folks belong within the trans umbrella.

First, an argument from parsimony. The LGBTQ+ acronym has already been elaborated to the point that very few people are going to use or understand its longer incarnations. For example, topherbigelow uses the acronym LGBTQQIAAHP (lesbian, gay, bi, trans, queer, questioning, intersex, asexual, allies, HIV infected/affected, poly/pansexual). Wow! I admire the inclusiveness of this acronym. I also worry it’s too much of a mouthful to be of much use, especially offline. I have been an activist for gender and sexual minorities for over a decade, I read LGBTQ+ blogs every day, and I had never heard this version. Off the top of my head, the longest version I know is LGBTQQIA (lesbian, gay, bi, trans, queer, questioning, intersex, asexual)–already too long for many situations.

I think it’s fair to say that many people, including many who are gender and/or sexual minorities themselves, are not going to understand this terminology. We have to strike a balance between explicitly including different parts of our community and using terms that will be understood by as many as possible. Language is useful only to the extent it allows us to communicate. Since nonbinary people are already included in the term transgender–though it’s true that not enough people realize this–I wonder how much is to be gained by adding yet another letter.

That doesn’t mean we should do nothing, however. I think we should continue to work for greater visibility of nonbinary people within the trans umbrella. Binary and nonbinary trans people do have our differences–but we also have so many similarities. We face stigma and ignorance that is heavily overlapping; the same laws bar (or fail to bar) discrimination as against us; we struggle with shame and misgendered childhoods.

The variation within groups goes even deeper. How much do an 18-year-old queer, radical trans woman of color and a 50-year-old straight, white, Republican man of transsexual history really have in common?  Just one thing: their sex assignment at birth differs from their real gender. That’s something they both have in common with any nonbinary person, too. Because of the tyrannical sex/gender regime, that one thing turns out to be really damn important.

In my time in our communities, I have learned so much from nonbinary people who have courageously spoken up in person, in print and online. I was often there to hear them precisely because we had connected through the label “transgender.” Though the mainstream conception of trans people is still basically transsexual men and women, I see much potential for further acknowledgement of our nonbinary kin, and I think a lot of good would come from that. I worry that adding an N would cause nonbinary people to get booted out of a community whether they have just started to make a real home.

Again, though,  I am aware I say this as a trans man. It may well be that my privilege is hiding the true depth of the rifts among gender-nonconforming people.

What’s your take on all this? Nonbinary folks are especially encouraged to comment.

I find it easy to talk to non-binary, third-gender and ambiguously gendered people.

Unfortunately, a lot of people get very uncomfortable when someone is not clearly male or female. This category can include genderqueer people, transsexual men and women, masculine women and feminine men, and many others. Members of the general population are likely to get flustered (or much worse) if they can’t easily pin a person into a pink or blue box.

When I meet people whose gender is ambiguous to me, or whose gender expression falls outside the binary, I am able to treat them with respect–the same respect I’d show anyone else. I neither gawk nor look away. I simply treat them with courtesy. I don’t feel a burning desire to know each person’s identity, assigned sex, or current body shape.

For a year or so during my transition, my appearance was very ambiguous to other people. Some called me ma’am, some called me sir, some stared, some refused to look at me. These experiences opened my eyes to the way ambiguously-gendered people are treated. I don’t feel uncomfortable around gender diverse people, because I’ve been there.

What are some good things about being trans*? Send your answers to mantodayblog@gmail.com or submit anonymously.

In this series, I highlight individuals’ positive experiences. You probably won’t relate to every entry, but maybe some will resonate with you.